Knowledgebase is a categorized collection of answers to frequently asked questions (FAQ) and articles. You can read articles in this category or select a subcategory that you are interested in. 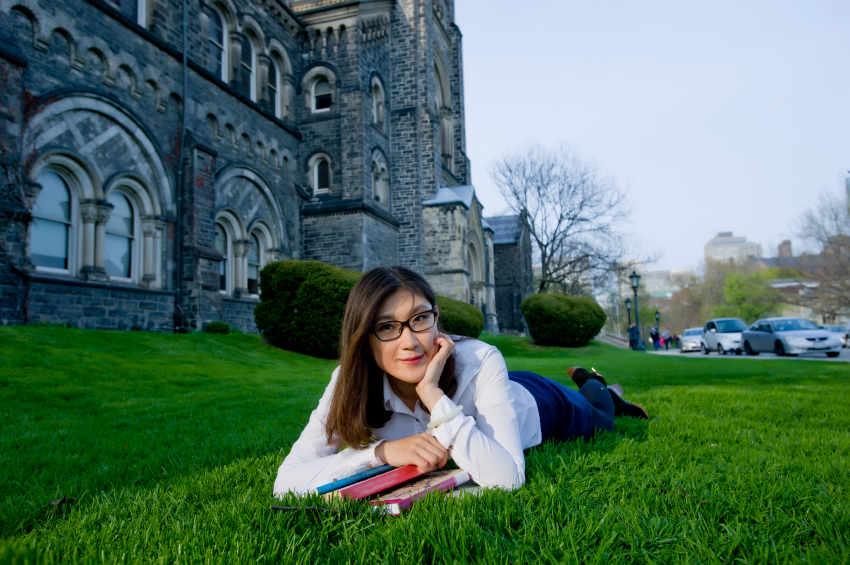 Canada is home to some of the top universities in the world. In fact, 25 Canadian institutions are counted among the top 800 in the world.

You might not have heard of all of them, but with seven top 200 universities, Canada’s top colleges offers plenty of opportunities for a world-class education.

Canada’s top two universities – the University of Toronto and the University of British Columbia – score particularly highly for research impact, which means its schools are producing high-quality academic work that is well respected.

The University of British Columbia is ranked in 34th position in the overall World University Rankings, and 25 per cent of its student population are international, the same proportion as at the University of Montreal, ranked just outside the top 100.

According to CBIE’s International Student Survey, more than 90 per cent of students surveyed were satisfied or very satisfied with their studies in Canada, and 95 per cent would recommend Canada as a study destination.

Originally controlled by the Church of England, the first university founded in the colony of “Upper Canada” is structured as a collegiate system, much like prestigious universities in the UK. The 12 colleges all have different histories and features.

The University of Toronto (UofT) has many pioneering achievements to its name, including being Canada’s first academic publishing house, the first forest science faculty in the country, and becoming the first Canadian university to reach more than C$1 billion in endowment.

Influential academic movements began at the university, including the Toronto School of literary criticism and communication theory, the NP-completeness theory in computer science, and research into stem cell treatment.

It has a particularly large student population – more than 60,000 full-time students, of whom about 15 per cent are international.

Notable alumni of the university include five Canadian prime ministers and the writers Michael Ondaatje and Margaret Atwood. In total, 10 Nobel laureates are associated in some way with UofT.

The oldest university in the province, the University of British Columbia (UBC) is one of the most competitive in Canada.

There are two campuses, one in Vancouver and one in Kelowna. The main campus in Vancouver is near several beaches and boasts views over the North Shore mountains. There are a number of botanical and memorial gardens on the campus, and a renowned performing arts centre.

UBC offers a number of scholarships for students, including the Donald A. Wehrung International Student Award for candidates from war-torn countries.

Seven Nobel prizewinners are associated with the university, as are 69 Rhodes scholars and 65 Olympic medallists.

The world’s largest cyclotron – a type of particle accelerator – is housed at UBC, in TRIUMF, the country’s national laboratory for particle and nuclear physics, based at the university.

Students and researchers are organised into 12 faculties on the Vancouver campus and a further seven on the Kelowna campus. UBC offers a special undergraduate programme joint with Sciences Po – a higher education institution in Paris.

In total, more than 50,000 full-time students are enrolled at UBC, and a quarter of them are international.

Three Canadian prime ministers have been educated at UBC, including Justin Trudeau, the current prime minister, who graduated with a bachelor of education degree.

McGill University is the only Canadian institution in the Global University Leaders Forum in the World Economic Forum, whose members are 26 of the world’s top universities.

It was founded in 1821, and the main campus is at the base of Mount Royal in downtown Montreal. Most university buildings are in a park-like campus, where many first-year students also live.

All original buildings were constructed using local grey limestone, giving the campus a striking aesthetic that earned it the title of one of the 17 most beautiful campuses in the world.

In 1829, McGill founded the nation’s first faculty of medicine, and to this day the university scores particularly highly in world rankings for clinical subjects.

The university offers more than 300 different degree subjects to more than 40,000 students from 150 different countries. It counts itself as one of Canada’s most internationally diverse institutions.

Singer-songwriter Leonard Cohen is a graduate of McGill, as is actor William Shatner. The university also claims more Rhodes scholars than any other Canadian university.

Entering students have higher average grades than those at any other university in the country.

Just one hour’s drive from Toronto, McMaster University is home to about 23,000 students – far fewer than its rivals at the top of the ranking.

Nonetheless, McMaster alumni can be found in 140 countries all over the world. Many graduates go on to secure top academic, public sector and business jobs.

The medical school, founded in 1965, is particularly renowned.

Next door to the campus is the Royal Botanical Gardens, connected to campus by walking trails. Buildings on campus range from those built in the early 20th century to the new nuclear research facility, which opened just five years ago.

The McMaster Nuclear Reactor is the largest university reactor in the Commonwealth, and the second largest in North America.

McMaster’s Museum of Art has the highest number of visitors for any university-affiliated museum in the country. It houses a collection worth $98 million including pieces by van Gogh and Monet, and the most extensive collection of German Expressionist prints in Canada.

The university, particularly the medical school, pioneered what it calls a unique student-centred, problem-based, interdisciplinary style of learning, which is now the model for several other universities around the world.

The only francophone university in the top five, the University of Montreal is the second largest university in the country in terms of student numbers, with more than 50,000 enrolled. A quarter of all students are international.

The University of Montreal’s main campus is on the slope of Mount Royal. The landmark tower was built in the Art Deco style in the 20th century.

Seventy-four per cent of the student body is enrolled on an undergraduate degree. A students’ union represents both undergraduate and postgraduate students, and there are three fraternities and sororities affiliated to it.

University sports are a popular recreation – the teams are known as the Carabins and compete in badminton, Canadian football and hockey, among other sports.

Many renowned business leaders are graduates of the university, including the CEO of the United Technologies Corporation. Other graduates are noted for their contributions to scientific research, including innovations in nuclear power, visual perception, and quantum cryptography.

Ten premiers of Quebec are graduates of the university, in addition to many other government officials educated there.